Dr. Arduengo, Katie, and I took a train to Bonn for our first trip. There, we visited Beethoven’s birthplace, Haus der Geschichte, and a Brief History of Mankind exhibit. Haus der Geschichte was definitely the best museum I’ve ever been to. The layout was organic and gave the impression of walking through time with life-size recreations and interesting artifacts. We saw a statue of August Kekulé, who allegedly devised the structure of benzene after a dream of a snake biting its own tail. 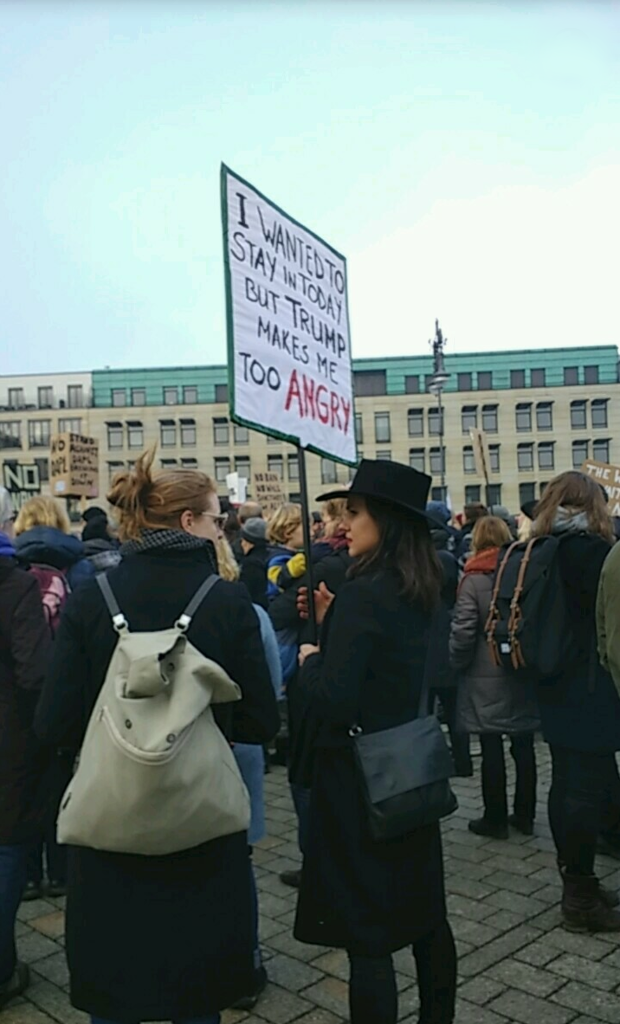 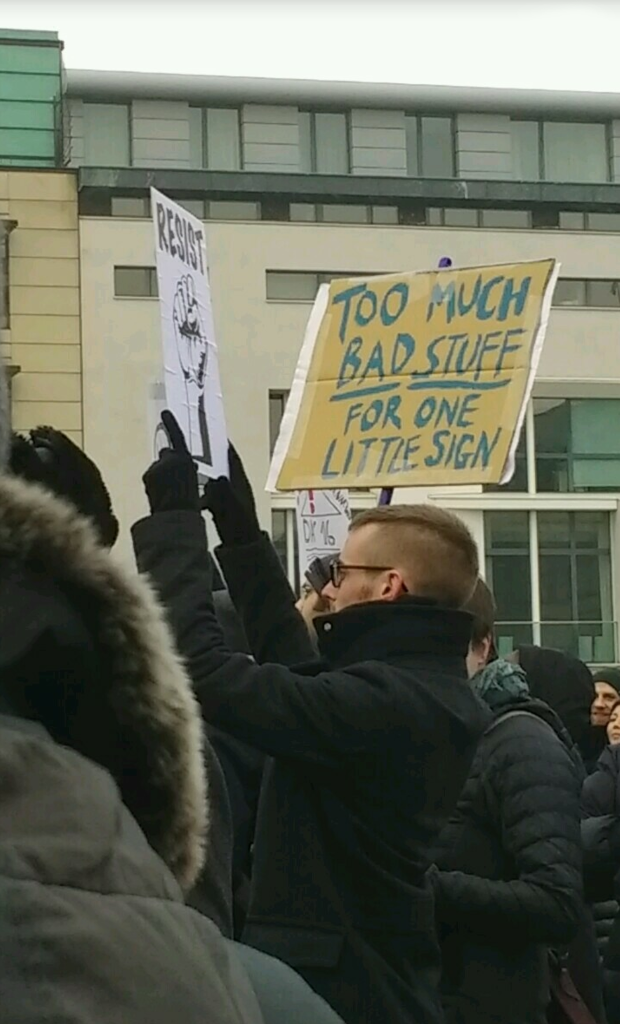 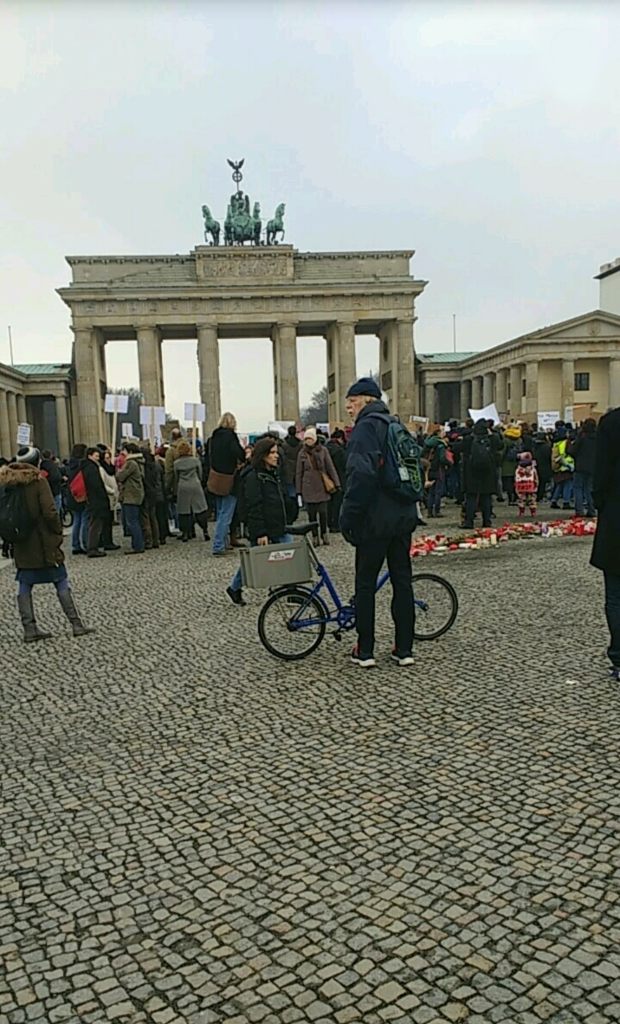 The farthest I traveled was the five hours to Berlin. I found particularly cheap train tickets for the first weekend in February, the only downside was having to leave at seven am from Frankfurt. Because there are no trains from Eltville that early, Katie and I stayed the night before in Mainz and went from there to Frankfurt. The train ride was beautiful and sunny at the outset, but by the time we got to Berlin, the weather had turned to fog, preventing us from going up the TV tower and seeing the view. One of our first stops was Brandenburg Tor where we were greeted by a protest against our own President Trump. Germans are incredibly politically active and everyone has an opinion on American politics. The rally was replete with clever signs and street musicians. Just down the street we went to the Memorial to the Murdered Jews of Europe—an impressive concrete monument and underground museum exhibit with stories that personalized the statistics of the mass genocide. We also toured Checkpoint Charlie and read about the more humorous and successful escape attempts from East to West Germany. Later that evening we went to a remaining section of the wall called East Side Gallery. The wall is now covered in beautiful and thought-provoking graffiti commenting on social and political issues. The trip culminated with a visit to the house of parliament, the Reichstag building. The excursion to Berlin ended much too soon the next morning with another long train ride home