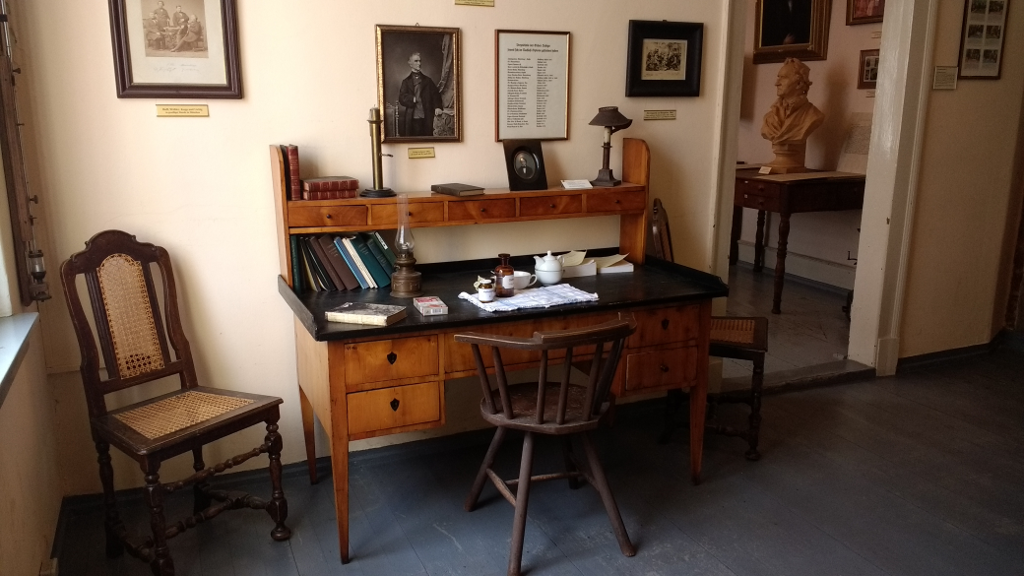 and Mathematikum. Liebig is considered the father of organic

chemistry and the museum maintains his old chemistry labs

with fun puzzles and games. Our next outing was with Dr.

home in Eltville. Kloster Eberbach is a former monastery and 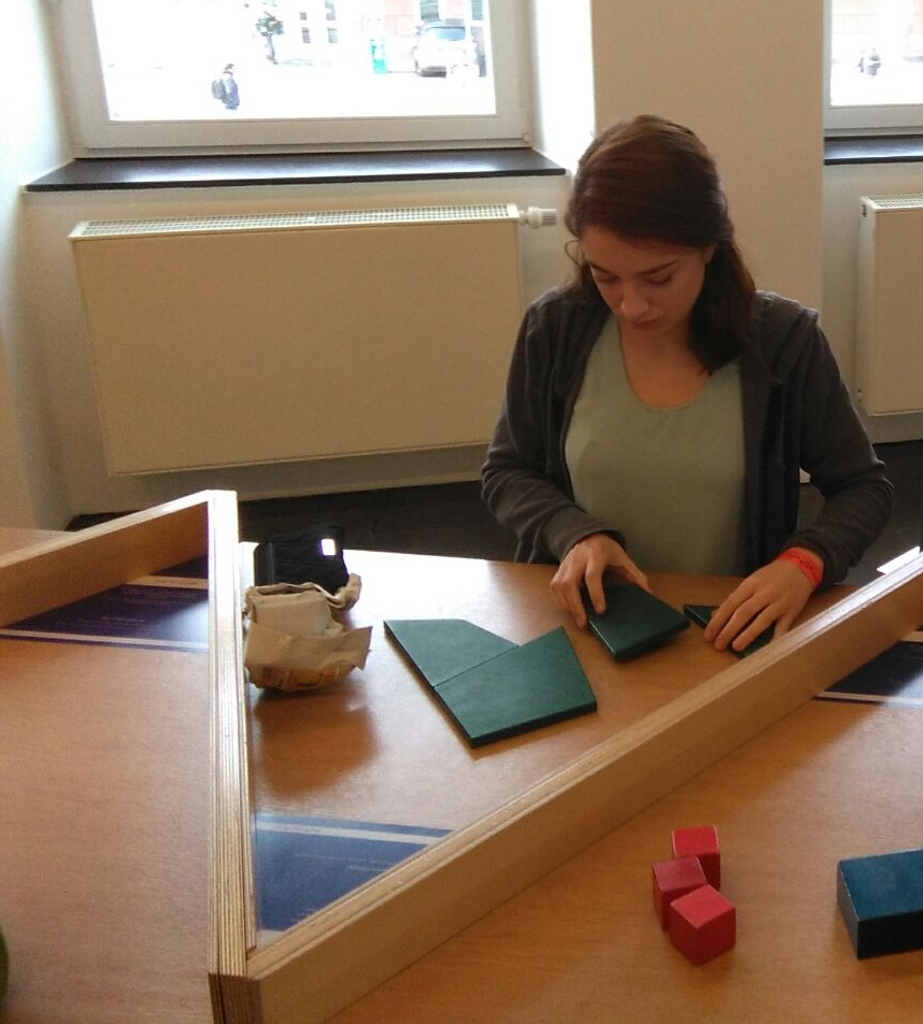 Fun fact: fermentation barrels have a candle on the top at

approximately nose height so that when carbon dioxide (a byproduct

of fermentation) fills the cellar, it will extinguish the flame and warn

the monks to get out before they suffocate. After the monastery, we

drove to Rüdesheim to see the Niederwalddenkmal monument

commemorating the unification of Germanic tribes into the German

Our last weekend in Germany was incredibly busy. Saturday was a

tour of Wiesbaden. Though I had passed through the city every day

on the way to Mainz, I hadn’t gone much further than the train

station. The afternoon began with a scenic drive and a view of the

city from the top of a hill. We rode down the hill on a water-powered

train, drank mineral water from a natural hot spring, and peeked into