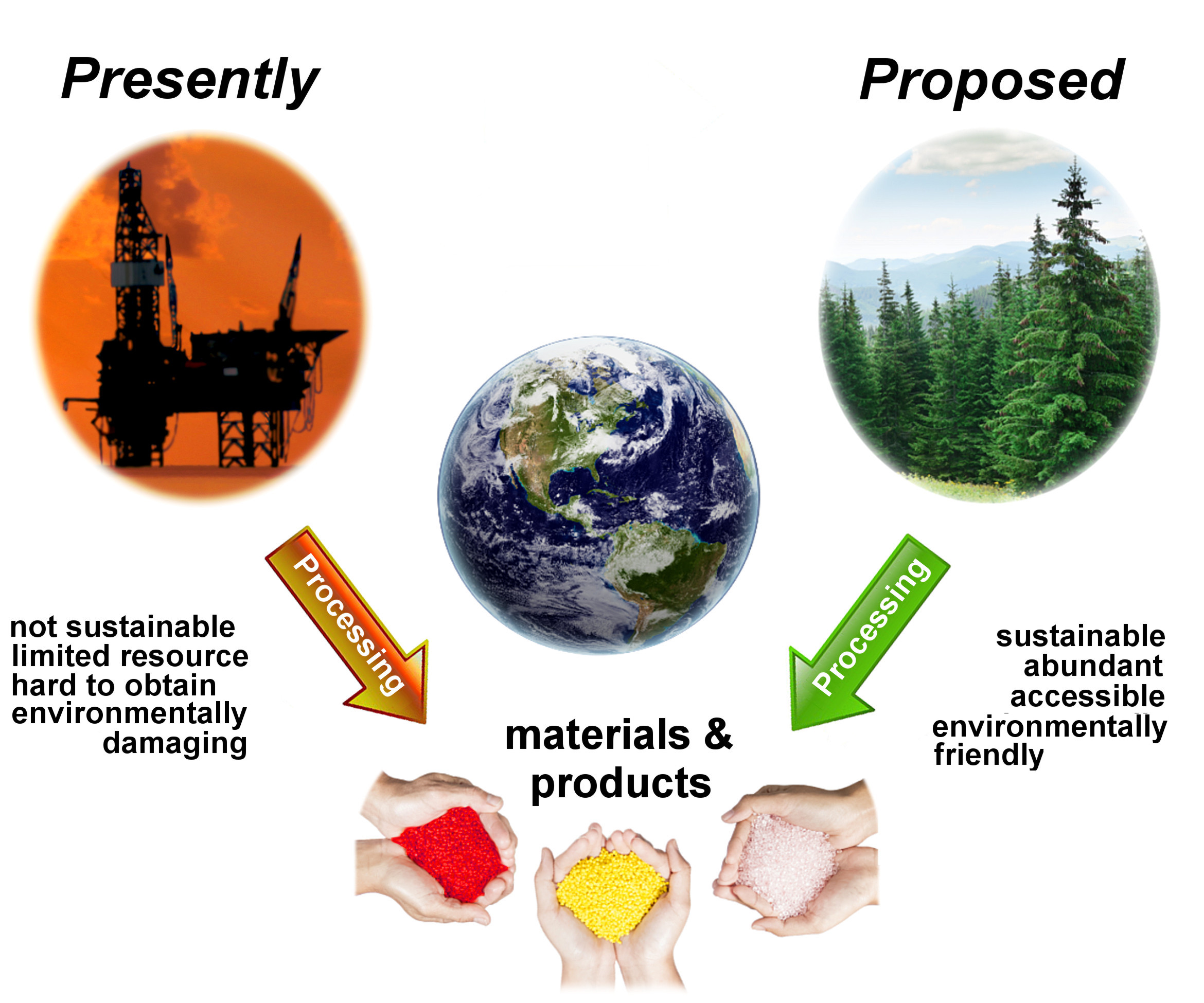 Science and Technology for a Neutral Chemical Economy (STaNCE)

Establishing an international network for training, research and application.

While the contemporary production of chemical intermediates and modern materials begins with petrochemicals, the petrochemicals themselves required millions of years for their formation from biomass under extreme pressure and heat in the subsurface. This fossil resource is not sustainable. With modern technology, the possibility exists to rebuild the chemical economy based directly upon renewable biomass.

The STaNCE project captures a revolutionary combination of proven and emerging technologies alongside education of a new generation of scientists and engineers to implement an infrastructural paradigm shift.

Petroleum is currently harvested at a rate of 3.2 billion cubic meters per year. Interestingly, the most chemically useful form of biomass, wood, is harvested at a similar rate of 3.5 billion cubic meters per year. However, unlike petroleum, wood is a renewable resource, and its production fixes CO2 from the atmosphere rather than releasing it. Wood is processed for cellulose and hemicellulose – industrially important biochemicals used in production of paper and products such as Rayon™ (a synthetic fiber) and Cellophane (a synthetic plastic wrap). An additional wood by-product from this process (up to 25% mass) is the insoluble polymer lignin, another potentially useful raw material.

STaNCE proposes to develop the technology required to establish a sustainable chemical economy that relies on worldwide forestry industries to produce high-value chemical intermediates. This resource, the present-day wood industry (and other related bio-mass), affords the opportunity to create a new manufacturing and economic revolution, the establishment of a new, environmentally friendly, renewable resource approach to the chemical economy. Renewable charcoal can also replace coal (as a useful source of carbon). In addition to the new technologies and processes included herein, older technology that has been widely out of practice for decades now offers opportunities to bootstrap a new technological approach to sustainable chemical manufacturing. One such example is Wood Gas, a close relative of today’s Syngas. Wood Gas has a more flexible (and thus useful in conjunction with STaNCE’s technologies) composition than Syngas. Compared to fossil feedstocks, ligno-cellulosic feedstocks already enjoy a much greater diversity of structure and functionality. However, further diversification is desirable, particularly in connection with the introduction of carbon-rich groupings (e.g. acetylene from coal), and heteroatoms like nitrogen, fluorine, and sulfur.

STaNCE’s members have developed seed technologies to introduce carbon-rich and heteroatom (nitrogen, sulfur & fluorine) functionality into lignocellulosic materials. These seed technologies, when combined with modern versions of proven classical processes such as the carbide and cyanamide processes, allow the production of a wide range of chemical intermediates. These wood-based chemical intermediates are suitable for further elaboration into a diverse range of consumer commodities such as pharmaceuticals, plastics, crop protectants, and advanced materials.

The STaNCE project aims not only to produce and integrate the technology for a new chemical infrastructure, but also to accomplish training, and education as well as to foster the international mobility of young scientists.