Working in the lab quickly became my favorite part of every day. The masters and PhD students there are the kindest and most welcoming people I have ever met. I was lucky enough to be able to work with several graduate students in the South Lab during my time. First was Stefan and photochemistry. Stefan uses septums and syringes to protect his reactions from water and oxygen in the air. One of the first reactions I prepared with him required n-butyl Lithium, which is extremely combustible in air, and I nearly broke the needle tip off of the syringe while transferring it to the reaction flask. To demonstrate how dangerous it is to be careless with chemicals in the lab, Stefan took a new syringe of n-BuLi, pointed it across the lab, and depressed the plunger--it was like a flame thrower. And so began a pattern of alternating work with <educational> fun. Stefan later showed me how benzophenone turns a beautiful deep blue when it reacts with sodium metal. The sodium reduces the benzophenone to a radical which reacts with oxygen and water and is commonly used to distill toluene, the blue-purple color indicating that the solvent is dry. In addition to the fun, I did learn a lot of lab techniques from Jens and Matthias during the 5 or so hours we were in the lab every day. 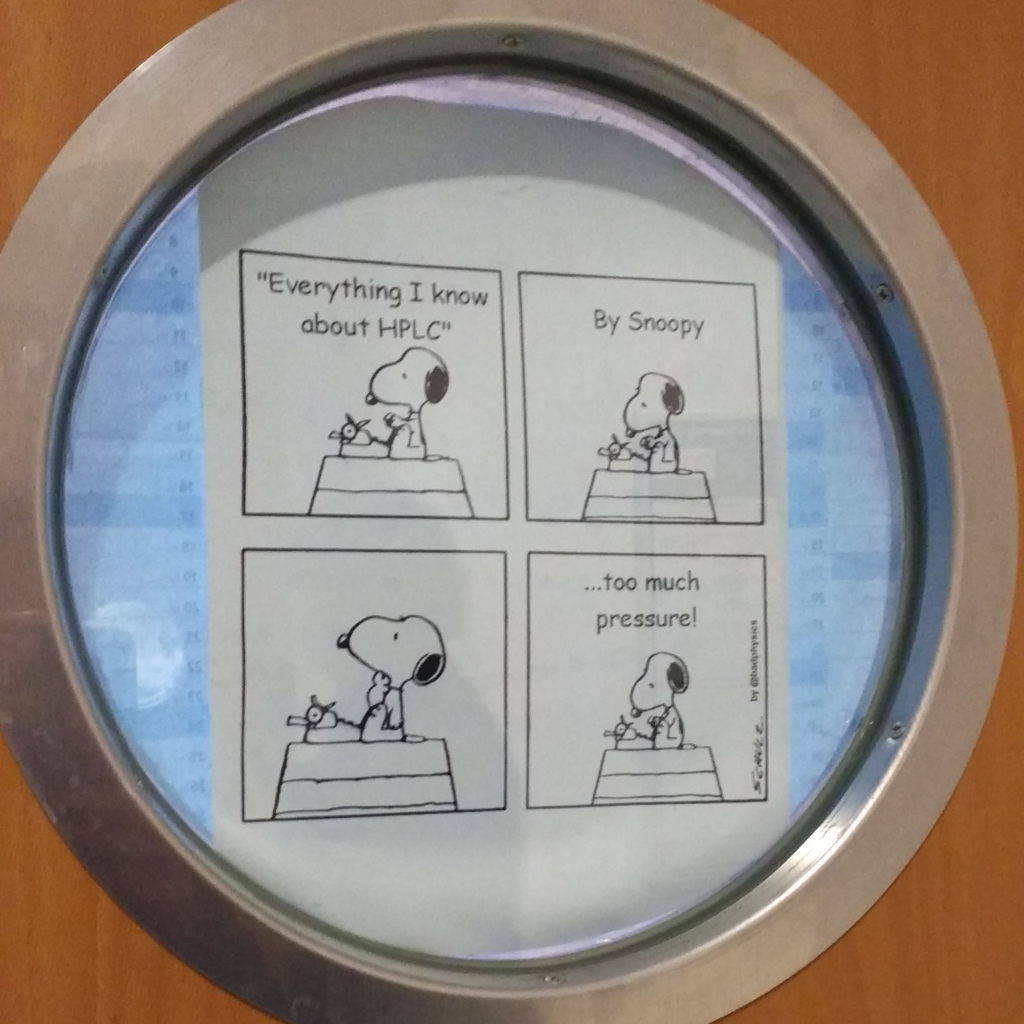 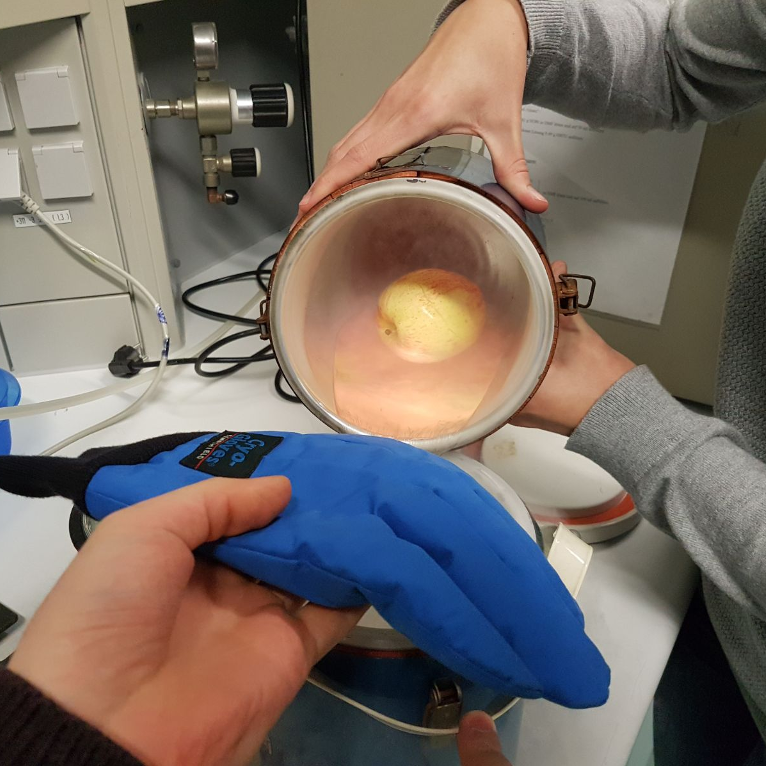 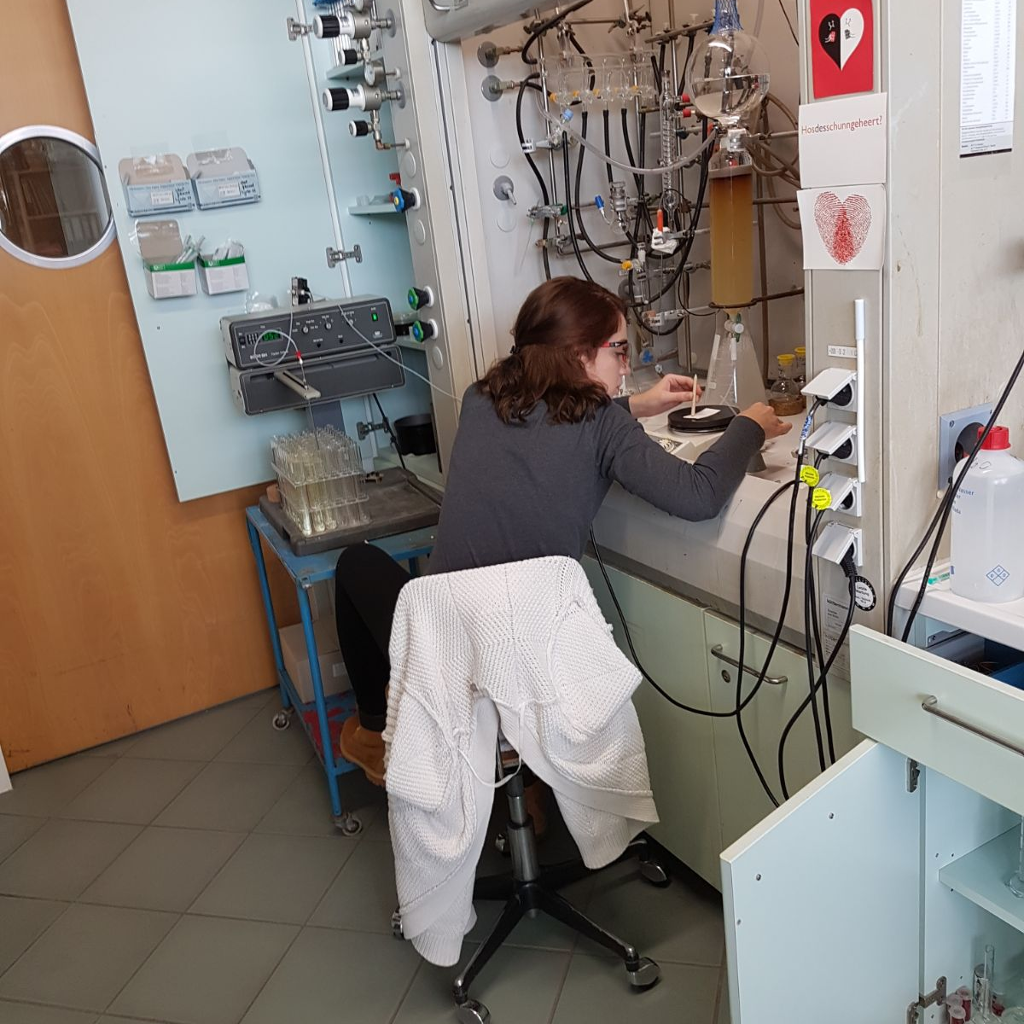