Another Saturday, another adventure.

Climbed a mountain that was covered in snow.

Slid on some ice.

Hiked through a forest.

You know… Just typical things to do on a Saturday.

Okay to be fair it wasn’t a mountain, just a very steep hill. But it was covered in snow and I did slide on some ice (no falling, thank goodness) and hiked through a forest.

Why? Let’s back up to Friday.

After we finished our lessons, Dr. Arduengo suggested that I visit The Russian Orthodox Church of St. Elizabeth in Wiesbaden. St. Elizabeth’s church is located on Neroberg, AKA the giant snow-covered hill that I climbed up.

Just look at how beautiful that is. No photography is allowed inside of the church, but the interior is just as beautiful as the exterior. St. Elizabeth’s church was built over the span of eight years, from 1847-1855 by Duke Adolf of Nassau to honor his diseased wife, Grand Duchess Elizabeth Mikhailovna of Russia (she was the niece of Tsar Nicholas I) and daughter, both of whom perished in childbirth. Adolf had the church built around their graves; Elizabeth’s sarcophagus, is visible inside of the church.

After I visited St. Elizabeth’s church, I met up with Dr. Aruduengo and a few of his friends for some sightseeing around Wiesbaden. One of his friends, Dirk, was born and raised and currently lives in Wiesbaden with his family. He became my tour guide and led us on an AMAZING tour of Wiesbaden.

Dirk took us to the Wiesbaden Casino, which is in the Wiesbaden Kurhaus. The Kurhaus began as a spa, but now it also contains the Casino. Kaiser Wilhelm II made Wiesbaden his official summer residence and had the Kurhaus renovated.

We visited the Wiesbaden Marktkirche. It is the tallest church in the world built in the Gothic Revival style out of that beautiful red brick. We got to listen to the Thüringen Philharmonie practice in the church. That was some of the most beautiful music that I have ever heard.

I tried blutwurst. Sounds absolutely disgusting but is delicious. Just try to not think too hard about what you are eating… 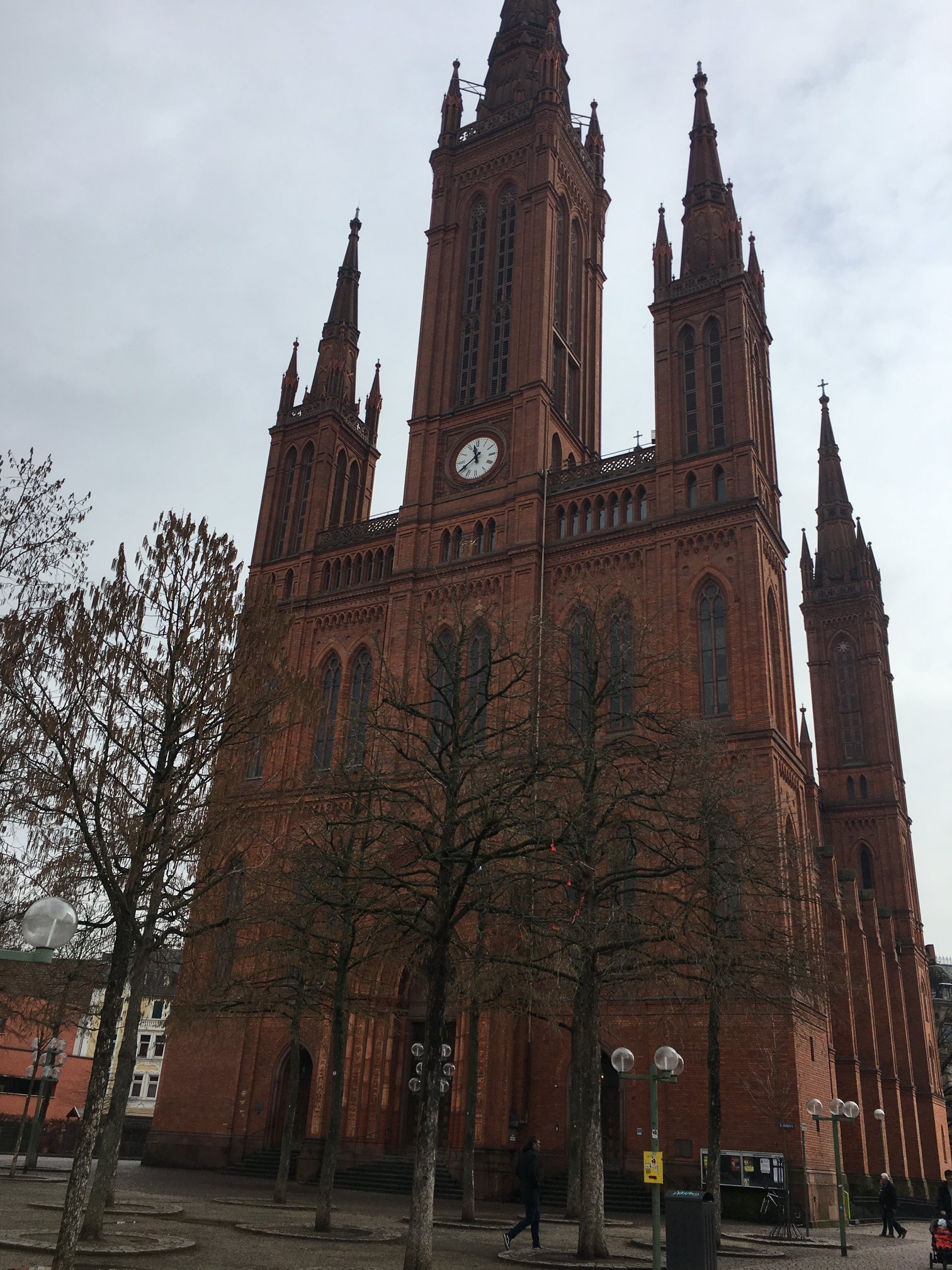 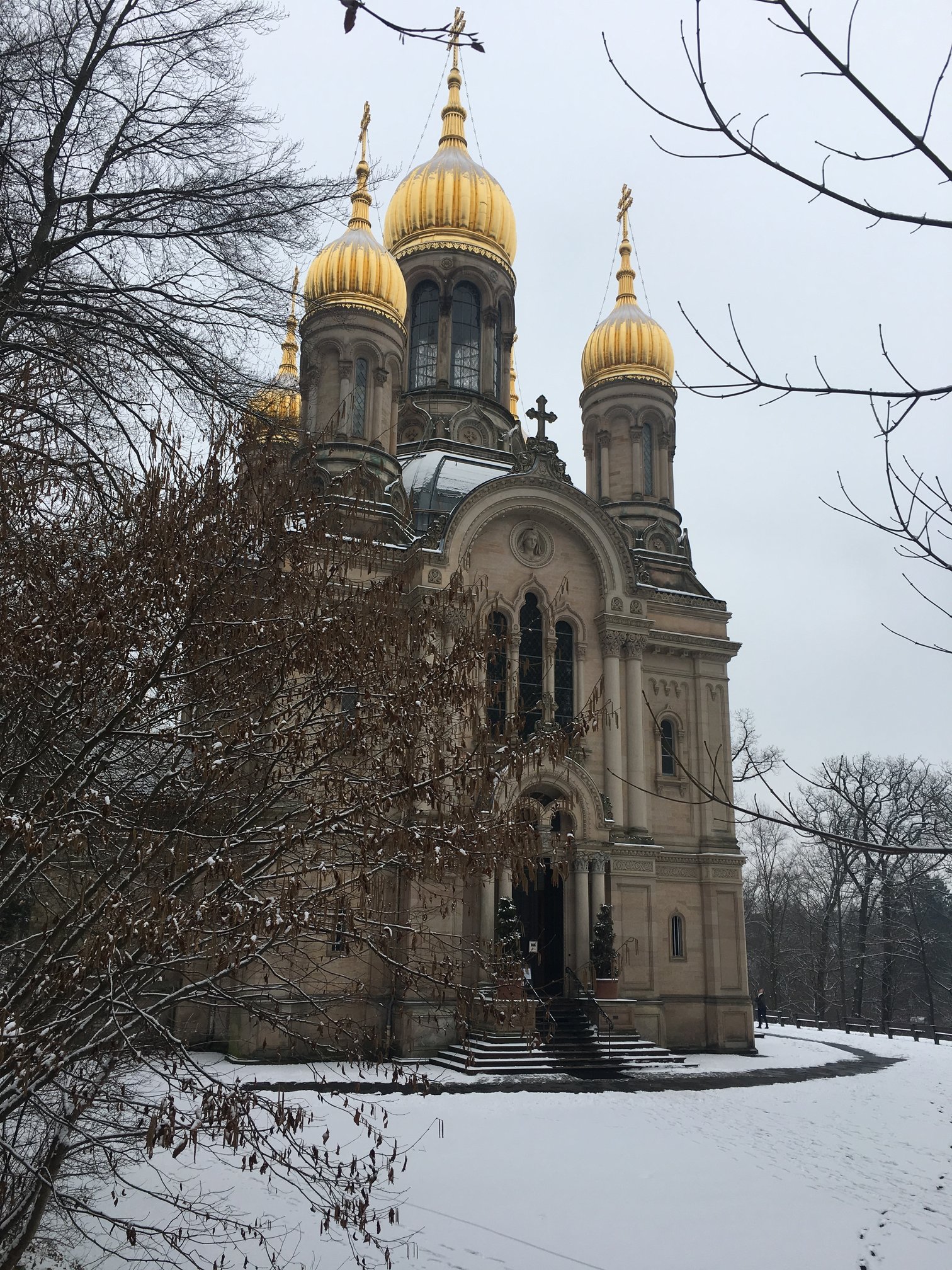 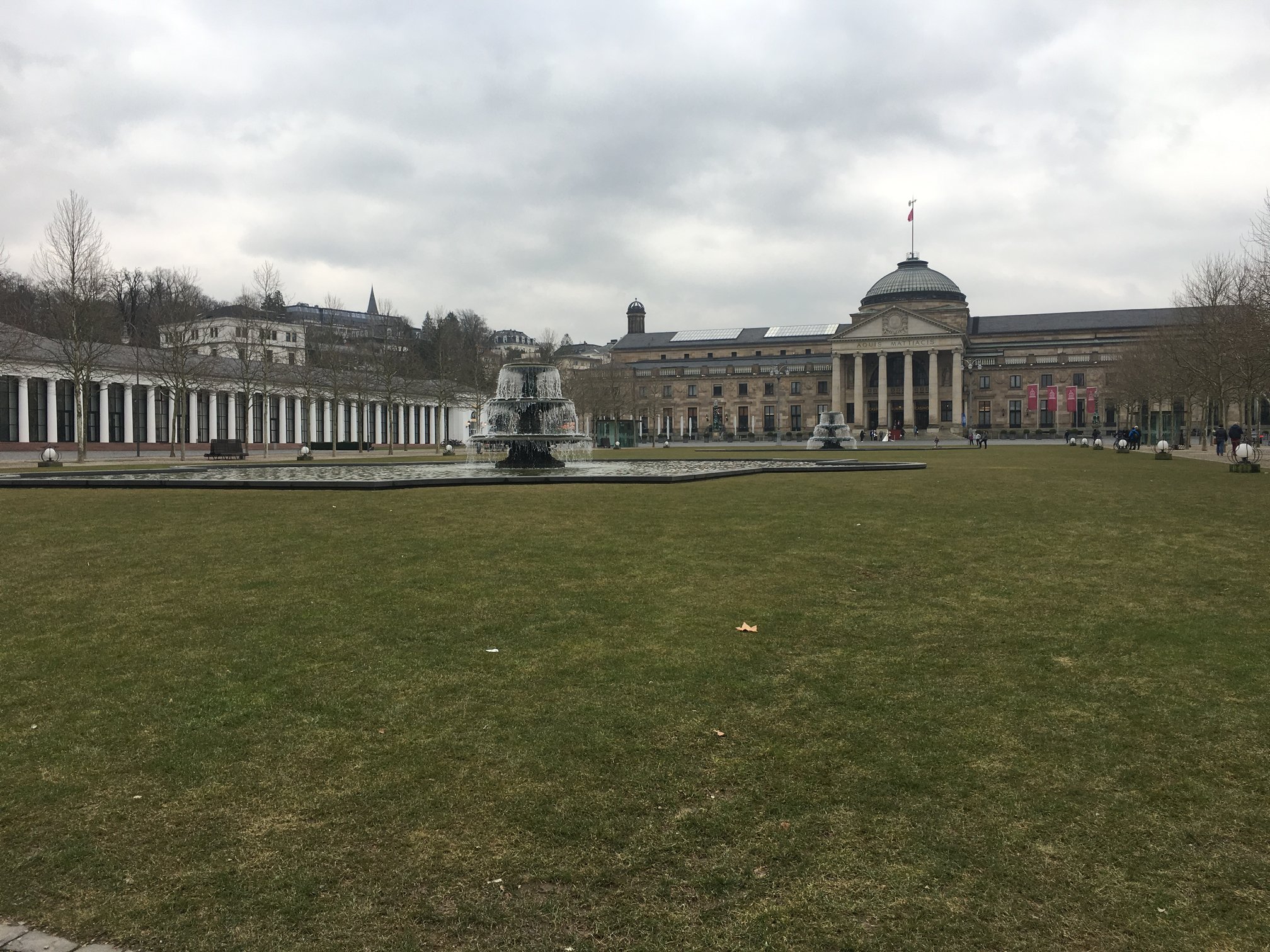