The German holiday of Carnival (also Karneval and Fasching) is similar to Mardi Gras, except with costumes. Opinions on the holiday varied among other lab members, some were looking forward to it and some were a bit disgusted by the bacchanal celebration and chose not to participate. I felt obligated to partake in the cultural experience which Mainz is famous for.  As a way of realizing my childhood dreams, I dressed as an FBI agent, though my personal favorite costumes were the inflatable unicorns worn by two of the working group members. 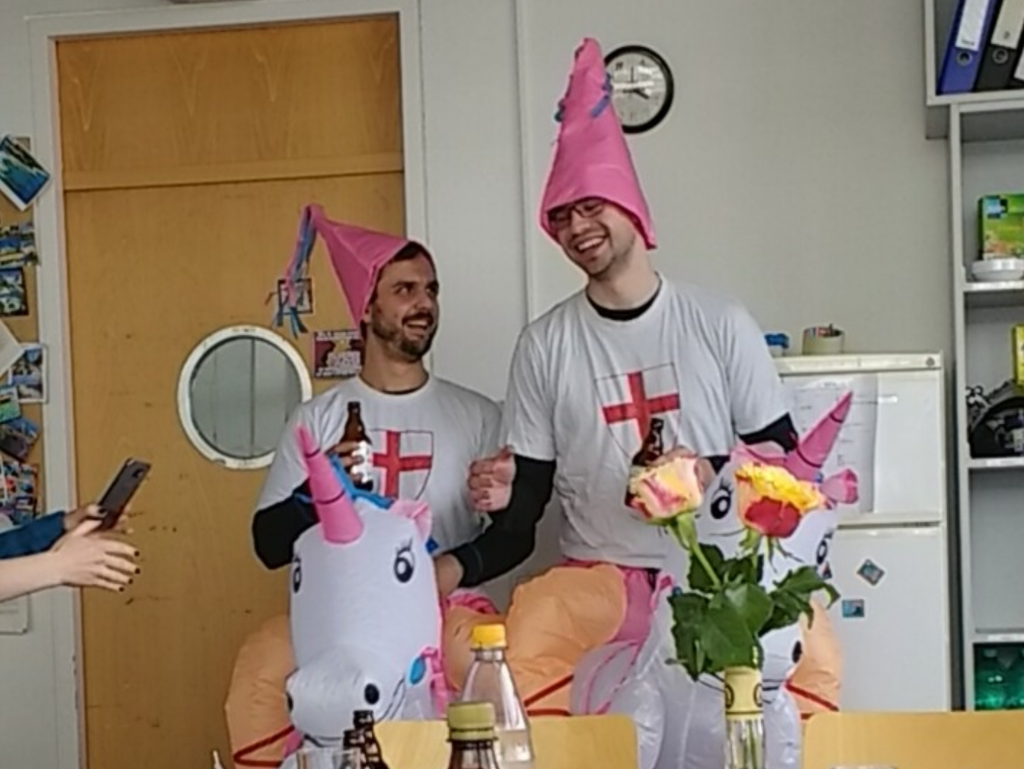 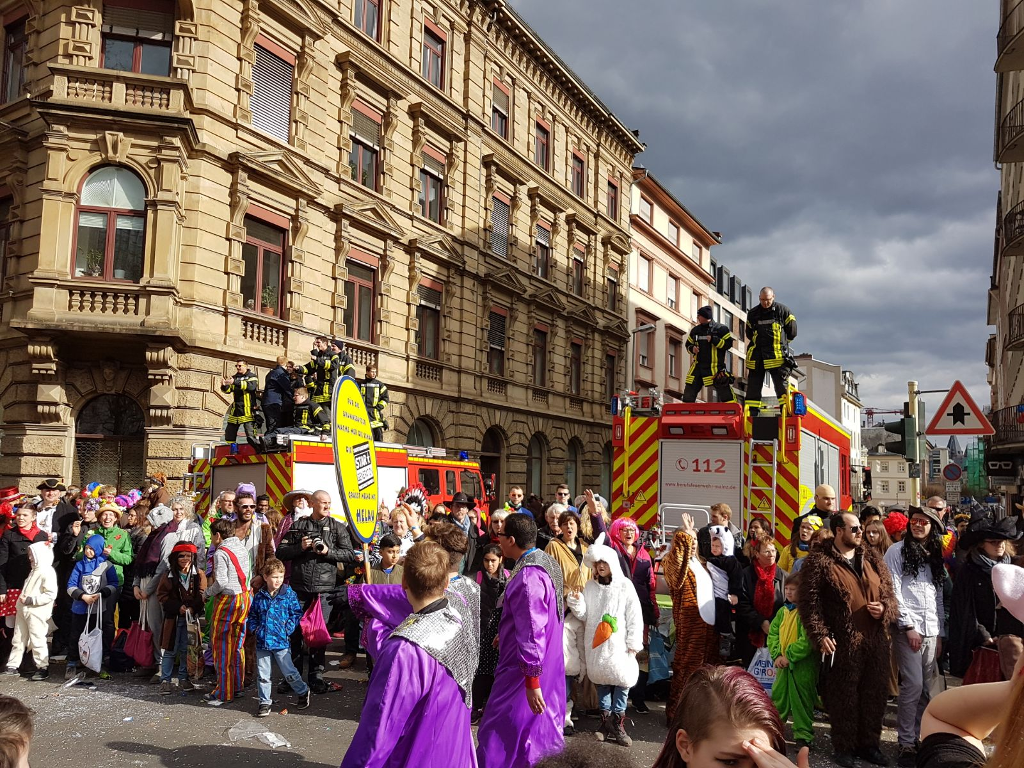 The festivities began on Thursday, February 23rd with food at the lab and dancing at a club in Mainz. The day was a sort of appetizer for Monday when the real celebrations began. Rosenmontag (Rose Monday) started with the parade through the city where I competed with small children to get candy from the floats. The rest of the day was spent at the city center dancing to American pop music and drinking German beer. I took a spin on the Ferris wheel there and happened to meet a fellow Texas native while waiting in line. 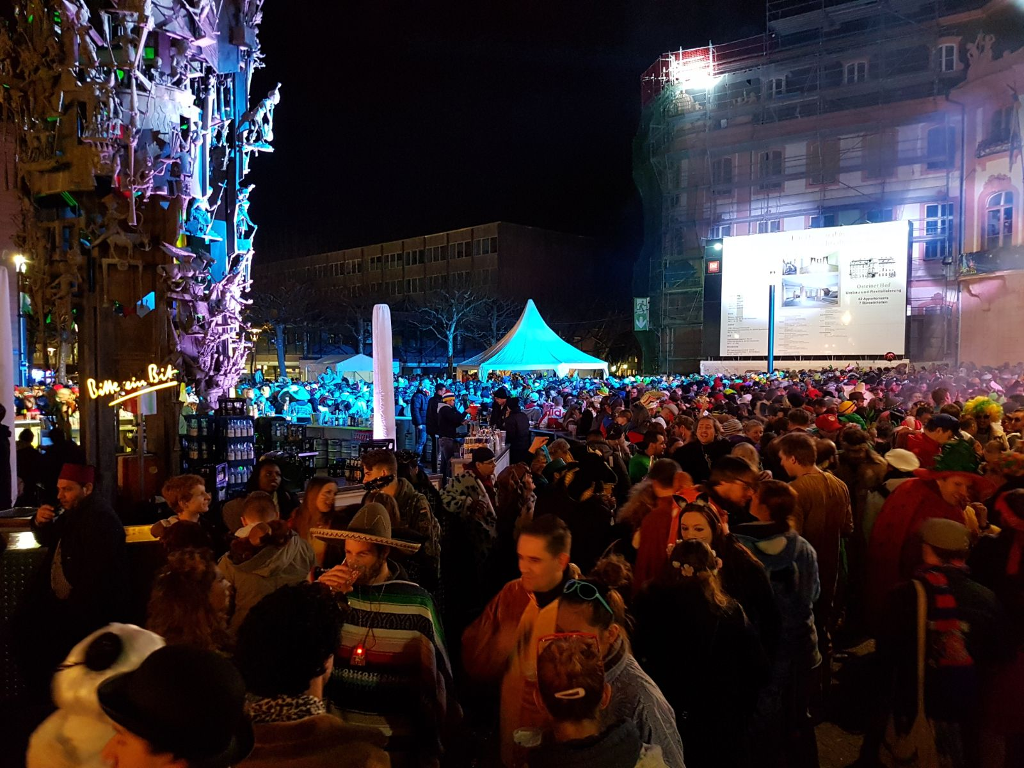 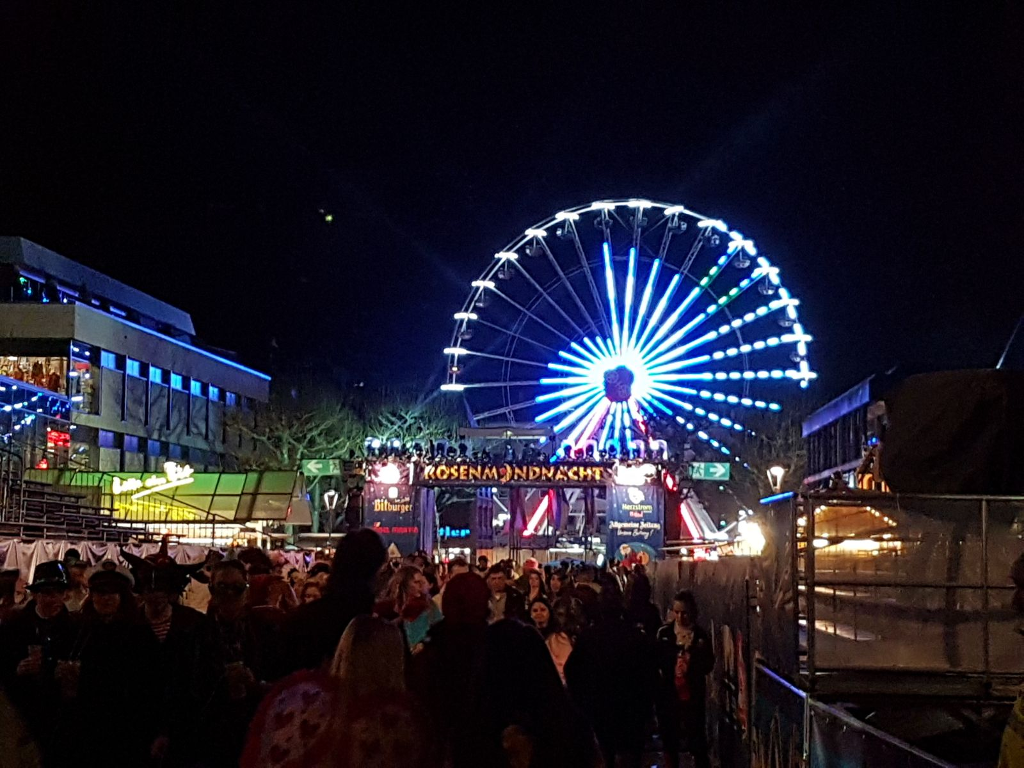