On our second Saturday in Germany, Paul and I took the train to Eltville am Rhein where Dr. Arduengo met us and drove the three of us to Kloster Eberbach. Kloster Eberbach is in Eltville am Rhein and was an active Cistercian Monastery from 1136 to 1803. The monastery is currently managed by the Hessian State Wineries and its vineyards grow Riesling grapes, with which they use to make wine. The Monastery was also used as a filming location in the The Name of the Rose, with Sean Connery, in 1985. I have not seen The Name of the Rose, but it has Sean Connery in it so how could it be bad?

One of my favorite things to do when traveling is going to old churches. The other is eating but that is besides the point.

I was so excited that Dr. Arduengo took us to Kloster Eberbach. I have gone on some nifty adventures during my time in Germany, but this remains one of my favorites. I highly recommend going. Kloster Eberbach is still breathtaking and interesting if churches aren’t your thing.

One of the first things that you see when you are touring the Monastery is part of the wine cellar. They have these old wine barrels on display. I believe date back to when the Monastery was still active, but I am not entirely sure. What makes these barrels so interesting is that they have candle holders on top of them.

It doesn’t seem significant, I know, but stick with me for a few more sentences.

During the fermentation process to make alcoholic beverages (i.e. wine), carbon dioxide is produced. If you just breathe carbon dioxide, you die. The purpose of the candles was to be a kind of canary in a coal mine. As the grapes fermented, carbon dioxide would be produced and because it is heavier than air, settle on the ground. As more and more carbon dioxide was produced, it would continue to settle below the air.

If the carbon dioxide level reached the candle, the flame would go out (for reference the candle would have been at about nose-height). When that happened, the monks would know that it was time to high-tail it out of there. Pretty ingenious, huh?

Alright that’s it for now. Tschüss! 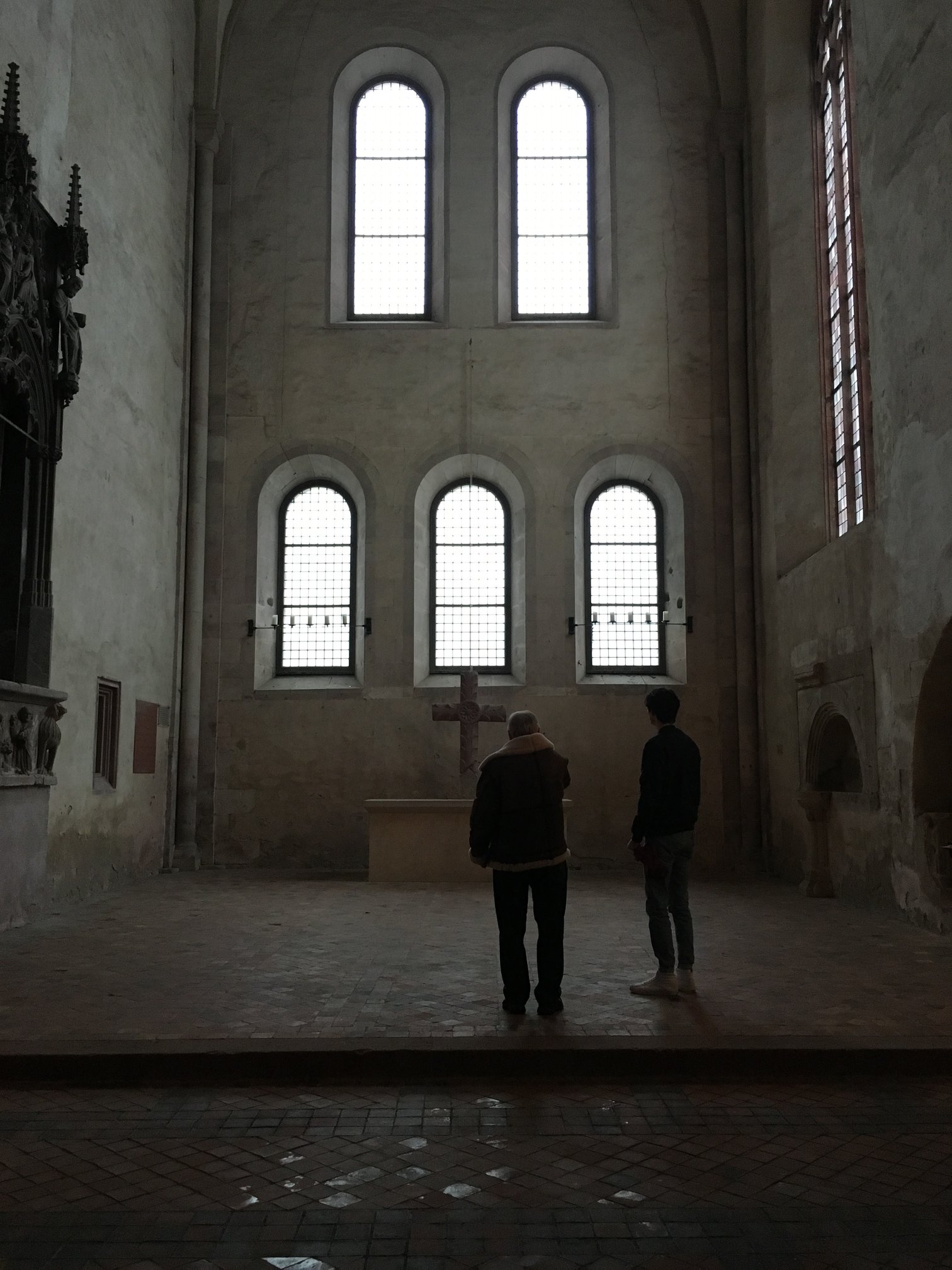 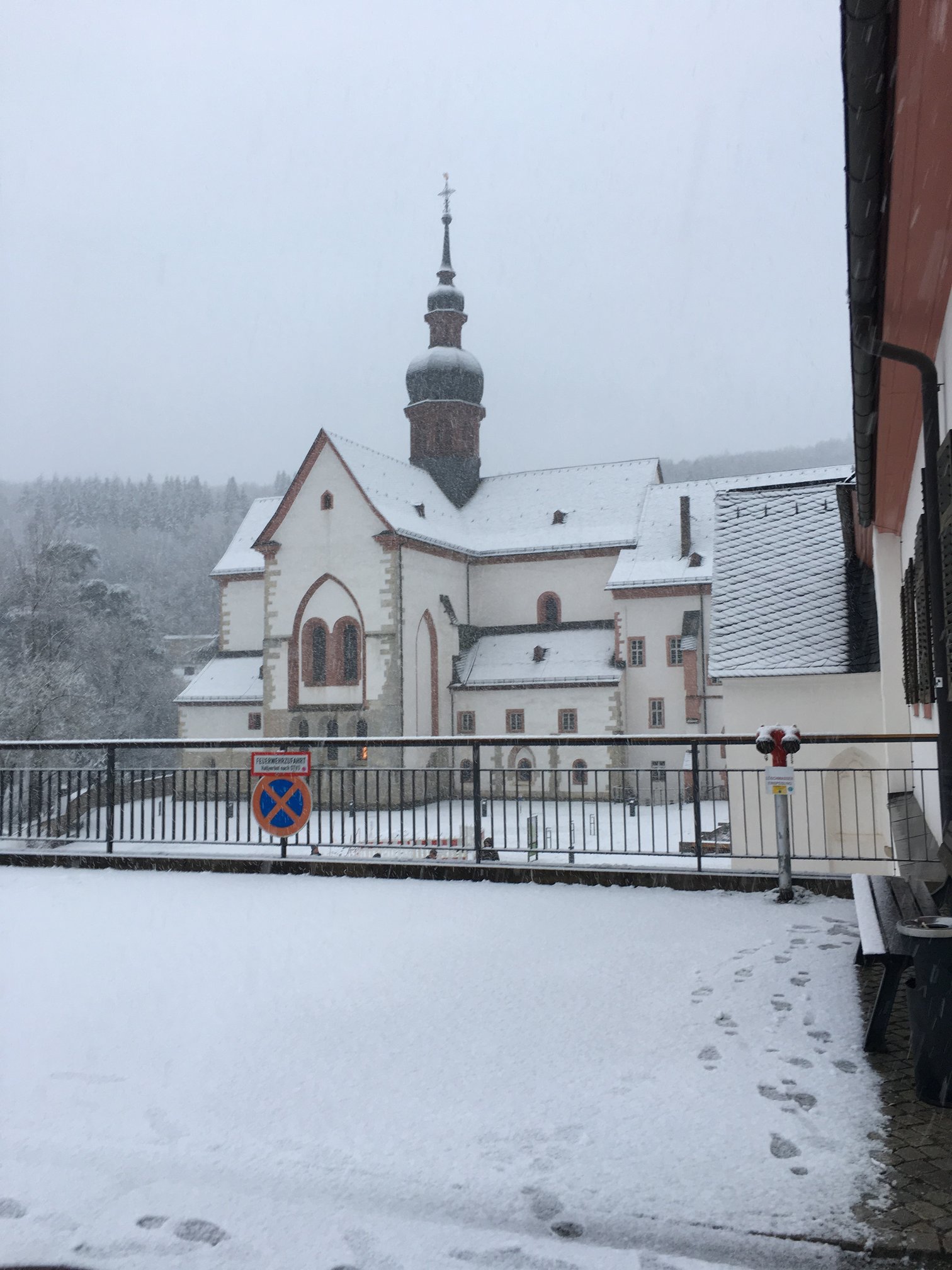 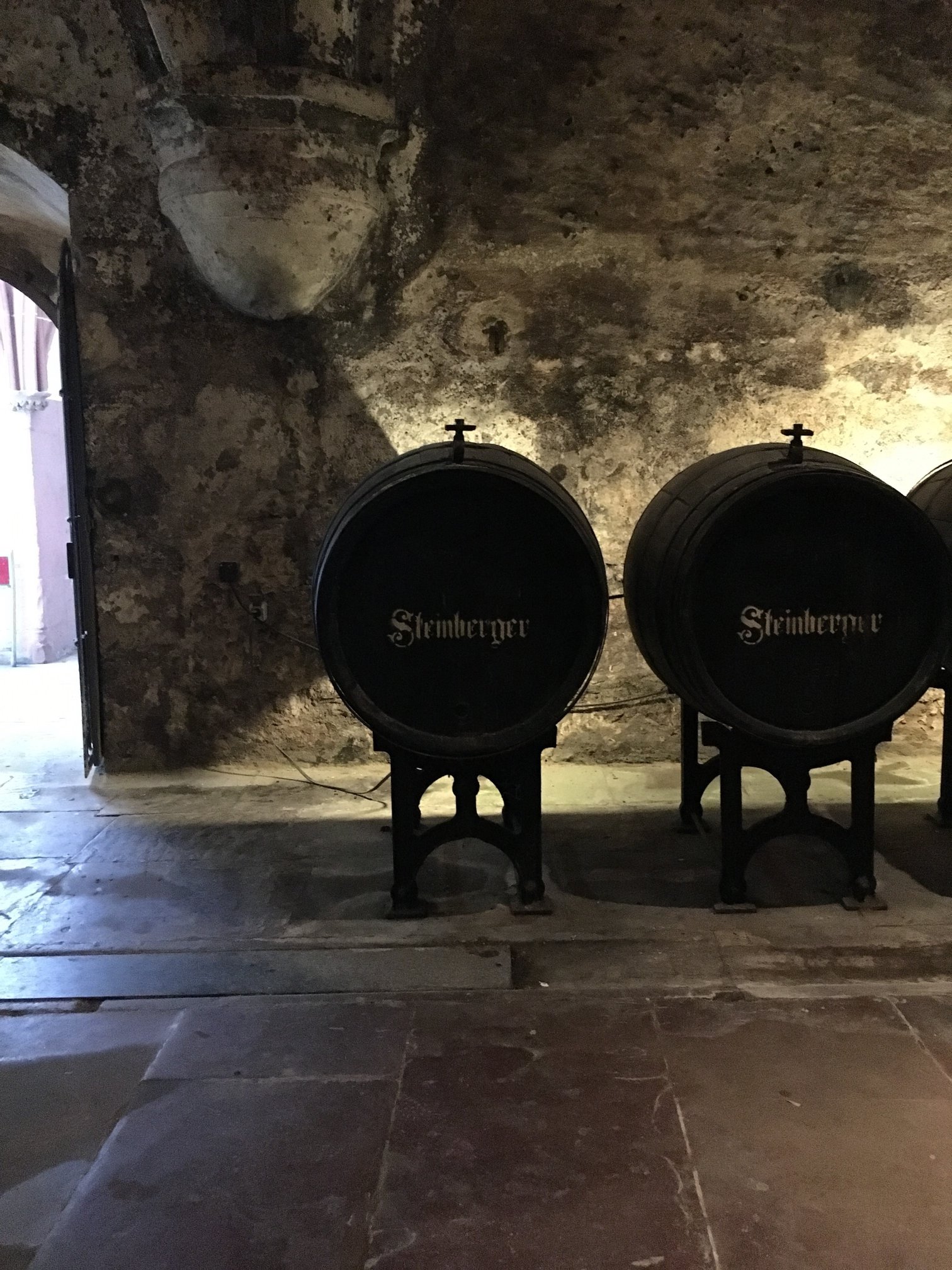